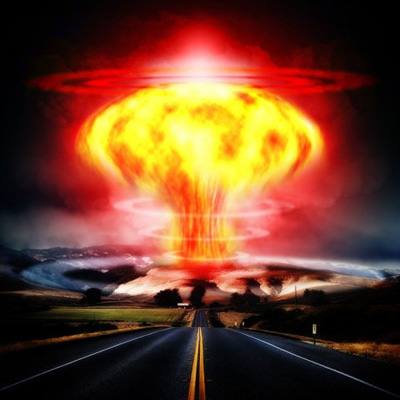 Every once in a while it is a good thing to review something we already know and have known for quite a while. What we’re talking about are derivatives and the very basics of how they work… or not. We have seen massive volatility since the Fed raised rates last month. The humor (tragedy), admitted to yesterday by the Fed, the 4th quarter saw slowing economies all over the world and “Nobody Really Knows Anything Right Now” ! I say “humor” because the Fed tightened rates just as the economy was weakening again. Many have said the Fed raised rates at “exactly the wrong time”. History may agree with this, I do not. In fact, there has not been one single day since the end of 2008 the Fed “should have” raised rates simply because of the massive debt embedded in the system and those pesky weapons of mass financial destruction called DERIVATIVES! Higher rates will only serve as a “margin call” in a system with no margin left!

First, derivatives are generally a zero sum game contract between two parties “betting” on something. They can be looked at as a speculation, a hedge, or even “insurance”. For this missive, let’s look at the “insurance aspect” of derivatives as literally $10′s of trillions in gains and losses have occurred just this month alone worldwide.

For example and as you know, the price of oil has collapsed. Ignoring the gains and losses directly on oil, let’s look at companies who’s business is oil. Whether it be production, exploration, transport or even “trading”, huge sums of money have been gained or lost depending on which way your bet was. Many oil related companies have CDS (credit default swaps) written against their debt. These contracts have been rising and rising in value as oil has dropped and the possibility of bankruptcies have risen. Huge gains by owners and losses by the “writers” of CDS have accrued.

This is just ONE AREA as derivatives are everywhere and written just as bookies would regarding almost anything. In fact, CDS is even written on the debt of sovereign governments …including the U.S. Treasury. Please think this through for a moment, who, or what “company” could possibly perform and payout the “insurance” to someone who bet (and won) the U.S. Treasury would default? Would anything even be open? If the U.S. Treasury defaulted, would stock or bond markets be open? How about your bank? How about ANYTHING (including your local Walmart)! Do you see where we are going here?

Now lets talk for a moment about “collateral” as presumably this is what needs to be used or “put up” by the issuers of CDS if their exposure begins to broaden if the contract goes against them. I have spoken many times in the last few years about collateral and specifically the LACK of collateral. Whether it be QE in the U.S. or Europe soaking up too many sovereign bonds or systemically nothing left to borrow against, the lack of collateral is a direct problem for derivatives. You see, as a contract moves one way or the other, theoretically the party who is losing needs to post more collateral. It was this inability to post collateral in 2008 by Lehman Bros. that kicked off the problem.

From a broad perspective, everyone is running down the street naked while assuring everyone else they are “insured”. Greece was even aided into the ECU because they claimed their derivative positions “erased” much of their debt, fat chance! In the end, “losers” must pay winners. If losers lose so big as to bankrupt them, the winners will not get paid. Both sides are losers. When this happens on a grand scale, it will be the entire financial system and thus “us” who are the ultimate loser.

I have a topic to finish with but want to make a statement, then ask a couple of questions first. Someone recently said to me regarding the trek from 2008 to present, “the only thing that has changed since 2008 is that nothing has changed”. I would pretty much agree with this, the policies in place that put us on our knees are still in place, only being implemented with more force. I would also say the biggest change is we now have more debt, more derivatives and much more money supply. Please remember, the Fed took all sorts of substandard paper (mortgage backed securities) on to their balance sheet. What has happened to all of this paper? Much of it is non performing but sitting in a dark corner and being ignored …because it HAS TO BE! What would happen if the Fed ever sold any of this paper for a true market value? Banks would have to mark their portfolios down, that’s what! One last question, if this “bad paper” amounts to more than $100 billion in losses (it does, probably by many multiples), what would it mean if the loss was greater than the Fed’s “equity” reportedly now less than $50 billion? Just because the Fed does not ‘fess up to the losses on their books …does not mean the losses do not exist. Going one step further in this thought process, if the Fed admitted to these losses, they would be admitting to a negative net worth! Would you accept an IOU from someone you knew for fact had a negative net worth? I hate to state the obvious but, you do this every single day when you accept dollars for payment!

One last topic and I’m not 100% positive what it means. Silver flash crashed last night and the morning fix came in .84 cents below where spot was quietly trading on the LBMA http://www.bulliondesk.com/silver-n...-benchmark-priced-far-below-spot-rate-108129/ ! My initial reaction was someone needed to “settle” a trade and the price had to be below $14 in order to not trigger something. In fact, it is being said that this anomalous “fix” will not be reversed but will instead stand. Why would this be? Why, if it was a “mistake” would it not be fixed?

After a five mile afternoon ride to ponder this, I can only come up with two viable scenarios. Scenario A. as I just mentioned above, it is possible some bank, broker or other entity needed to “settle” some sort of contract UNDER $14. It is possible this fishy fix enabled someone to close a short without any pain. It may have been an “accommodative” trade so to speak. Scenario B. this may have been “margin liquidation” meaning someone was long silver but received a margin call from another market that needed to be met and very sloppily liquidated all at once. This is not normally how trades are done but if it was a forced sale, the action is possible. We have had huge volatility in so many other markets, it is certainly possible this was a forced sale. The one thing I am quite sure of since backwardation now rules the day in London, this was not a “cash” fix. I am quite sure it was a paper contract “fix”. Why else is China so hell bent on creating a “cash only” exchange? Because China knows!

It is important to understand we will see things going forward we never expected or ever dreamed of. What started to happen in 2008 where counterparties lost trust in each other is exactly where we are headed again. Central banks stepped in to restore trust, I am not so sure they have enough credibility or goodwill left to turn a far larger credit tsunami than 2008. The credit bubble is again unwinding like 2008 with no White Knights large enough or credible enough to restore confidence once broken. All I can say is “gee, what rocket scientist could have figured out the greatest credit boom in the history of history would begin to unwind after an interest rate increase”? 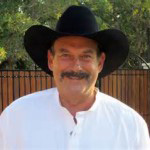 Bill Holter writes and is partnered with Jim Sinclair at the newly formed Holter/Sinclair collaboration. Prior, he wrote for Miles Franklin from 2012-15. Bill worked as a retail stockbroker for 23 years, including 12 as a branch manager at A.G. Edwards. He left Wall Street in late 2006 to avoid potential liabilities related to management of paper assets as he foresaw the Great Financial crisis coming. In retirement he and his family moved to Costa Rica where he lived until 2011 when he moved back to the United States. He was a well-known contributor to the Gold Anti-Trust Action Committee (GATA) commentaries from 2007-present. Bill has retained a working relationship with Miles Franklin and can help with any of your precious metals needs including storage. He can be reached at bholter@hotmail.com