Will Americans be on the Hook to Cover Trillions in European Bank Debt?

Euro Bailout: Will Americans be on the Hook to Cover Trillions in European Bank Debt?
The Daily Bell 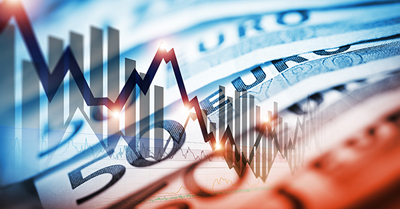 President Barack Obama and Federal Reserve Chair Janet Yellen discussed risks to the economy and progress from Wall Street reform during a rare meeting in the Oval Office on Monday, the White House said. -Reuters

The meetings going on in Washington DC have been the subject of much speculation in the alternative media, especially the one between Janet Yellen, President Obama and Vice President Biden.

Ostensibly, the meetings were to discuss the challenges facing the Fed and to allow Obama to express his appreciation for the job Yellen is doing.

After the meeting, a formal statement was issued, as follows:

“The President and Chair Yellen met this afternoon in the Oval Office as part of an ongoing dialogue on the state of the economy. They discussed both the near and long-term growth outlook, the state of the labor market, inequality, and potential risks to the economy, both in the United States and globally. They also discussed the significant progress that has been made through the continued implementation of Wall Street Reform to strengthen our financial system and protect consumers.”

ZeroHedge wrote, “Here is our modest attempt at translating what was and what was not said: no market crashes allowed until November.”

This may well be true – given the upcoming presidential election – but it brings up a much larger point.

The banking system around the world is extremely fragile and securing credible and calm markets make take considerable doing. The government of Italy for instance, just concluded an emergency meeting with its deeply indebted banks that saw the government agree to a bail out of over euro five billion.

Throughout Europe, the banking sector is in critical shape – and Japan too. The ratio of performing to non-performing loans is critically low. But perhaps the most concerning area is Germany where the Deutsche Bank – of all banks – is said to be in critical condition.

In fact, some alternative media reports regarding the meeting between Obama, Biden and Yellen involved a possible discussion of Deutsche Bank’s solvency.

This is not simply speculation. Not so long ago, there were reports that JP Morgan and Goldman Sachs were involved in negations with Deutsche Bank to purchase their nonperforming loans.

Here, from Bloomberg in early March:

Deutsche Bank AG, the lender exiting some trading operations, is in talks with JPMorgan Chase & Co., Goldman Sachs Group Inc. and Citigroup Inc. to sell the last batches of about 1 trillion euros ($1.1 trillion) in complex financial instruments, people with knowledge of the matter said.

What if further purchases were needed?

Is it possible that part of the recent discussions in DC focused on Fed involvement of additional purchases of Deutsche Bank non-performing assets.

The Fed is supposed to tend to US solvency. But during the 2008 crisis, Ben Bernanke reportedly extended trillions in overnight loans to banks around the world, and many of those loans still may not have been paid back. It is said to be one reason among many to be sure, why Fed officials don’t want an audit.

But what if the Fed has now agreed to “backstop” Deutsche Bank loans? Deutsche Bank is a critical bank, perhaps the most critical in all of Europe. Bank insolvency in Italy would already be a disaster, but a declaration of insolvency by Deutsche Bank would be unimaginably worse.

And so, perhaps, it is possible that the Fed will ensure, or help ensure, the solvency of Deutsche Bank. And this of course brings up a larger question – which is whether the Fed is now to do the same sort of thing in Italy, Greece, Ireland and elsewhere where banks are facing critical shortfalls.

The creation of the euro concentrated money printing power in one place – the European Central Bank. And the problem that has resulted is that the ECB cannot and will not print enough money to debase local currencies.

The difficulties faced by Europe in the current environment have been seen as intractable. But what if a decision has been taken that the Fed will step in for the ECB? The ECB cannot print the necessary money but the Fed is both less scrutinized and more powerful than the ECB.

Was this what was discussed by Obama, Biden and Yellen? Is it the reason, among others, that International Monetary Fund and World Bank Officials are filing through the White House this week? Has it been decided that because the ECB cannot provide the appropriate liquidity for Europe that the US Fed will do so instead?

This is a damnable economic system in which a very few individuals and entities are in charge of the world`s solvency and will do anything – or virtually anything – to sustain it.

It is hard to think of an activity that the central bankers will not participate in to perpetuate the system as it is. They certainly seem to manipulate gold and silver on a regular basis to lessen challenges to the fiat system.

But now perhaps the time has come for further action. If the Fed is being used this way, then it is the US taxpayer ultimately, who will pay for the Fed’s generosity. The cost, extracted via price inflation, would certainly run into the hundreds or billions and even trillions.

It will take a lot of money printing to sustain Europe’s banks, and it’s probably not possible anyway. But surely at this point in time anything and everything will be tried to support European banking and sovereign solvency – at least until US elections are done. This would seem to call for additional monetary aggressiveness by the Fed.

For this reason, among others, we’ve written about US stagflation, the idea that (absent a full-on market collapse) price inflation and joblessness – lack of US growth – will be a predominant economic element going forward.

Those who accept that this environment looks a good deal like the 1970s, will do what is necessary to protect their portfolios and their families by holding onto tangible assets including precious metals. The Fed is in the money printing business and the demands for its services are likely increasing all the time.

Anthony Wile is an active investor, business strategist and consultant, financial markets commentator, publisher and author. Having lived and worked in several leading financial centers around the world, he has established an international network of asset managers, banks, family offices and financial analysts, as well as institutional investors and securities firms.

As Founding Chairman and CEO of The Wile Group Ltd., Wile now provides consulting and strategic financial advisory services to select firms and individuals within this network. Anthony founded The Daily Bell and served as its Chief Editor until February 2016. He is the author of four books: Financial Freedom: The High Alert Way to Discover Winning and Profitable Investment Ideas, High Alert: How the Internet Reformation is causing a financial hurricane – and how to profit from it, and The Liberation of Flockhead. He serves as a director of Fundación PharmaCielo, which endeavors to assist rural Colombians through partnering with existing organizations and efforts to improve living conditions and expand opportunities.

Yes they will. And of course the central banks are in the business of swaps, loaning each other money and whatever it takes to keep them in control. Right now Europe and Japan are easing while the Fed is pretending to be on a tightening stance. Probably next year will see some of the reverse. However it plays out, it will be good for gold.
The republic was a nation built upon inalienable rights, it was not intended to be a democracy for the dictates of the majority, the powerful or the influential.

Does the $19 trillion include what the FED gave to the EU?


Somehow, I think it will all be dumped in our lap....
Disclaimer: this post and the subject matter and contents thereof - text, media, or otherwise - do not necessarily reflect the views of the GIM2 administration.

Location
The State of Jefferson

IIRC, Whirly Ben was very retarded in disclosing the recipients of the 2008 bailouts, but eventually it was disclosed that most of the money went to foreign banks.

So, in answer to the thread title's overtly rhetorical question: