With plenty of punch, central bankers wait in vain for the world to drink

With plenty of punch, central bankers wait in vain for the world to drink 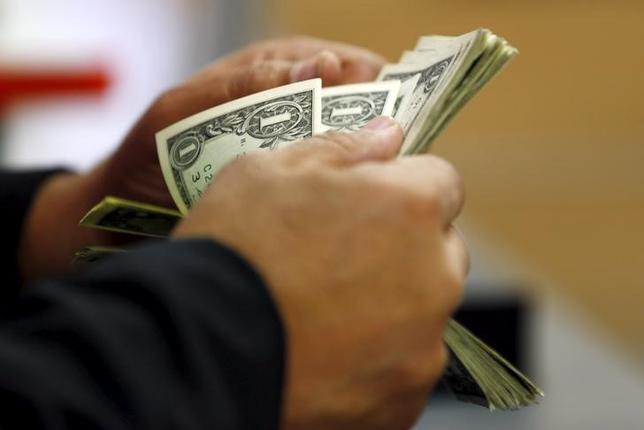 Central bankers usually worry about when to remove the punch bowl of cheap finance but when they gather in Washington, D.C. this week they will face a different problem: how to force the world to drink.

Amid a flood of cheap money and a historic experiment with negative interest rates, households, corporations and banks in the developed world have turned their backs on borrowing. Credit growth has flat-lined and an array of metrics indicate the world has become a more cautious place, potentially upending whatever bang for the buck central banks might expect.

In the U.S. households are paying down mortgages instead of borrowing against homes to fund consumption, altering behavior that arguably helped fuel the 2007 financial crisis but that also contributed to economic growth. A Chicago Federal Reserve Bank composite index of household, bank and corporate leverage has been below average for nearly four years.

European and U.S. companies are socking away cash and the Bank of Japan's descent into negative rates has yet to boost consumption, corporate investment, or even faith in an economic rebound.

Even as global liquidity expands, the appetite for it remains moribund.

“You can’t create demand from thin air. What’s needed is to create an environment in which companies and households feel confident to spend,” said a senior Japanese policymaker directly involved in Group of 20 negotiations that will continue in Washington this week.

HOW TO INFLATE DEMAND

The policymakers assembled in Washington will be focused on how to inflate demand. Along with more cautious consumers and companies in developed nations, China is in retreat and likely to scale down investment and purchases of raw materials as its economic transition continues.

The IMF's preferred and oft-repeated solution is for government spending to pick up the slack, particularly on infrastructure, as well as for labor market and other reforms that will make economies grow faster because they are more efficient.

Absent those measures, the economic outlook is likely to remain mediocre. The IMF cut its growth forecast for the fourth time in a year.

Central bankers in major economies agree that further policy moves on their part may have a limited impact, and they appear increasingly joined at the hip.

Though the Fed began tightening policy in December, its first interest rate rise in a decade was followed by a renewed sense of caution about sagging global demand and whether the U.S. policy could go its own way.

For now, said Adam Posen, president of the Peterson Institute for International Economics, the U.S. appeared locked into a "slower yet sustainable" path of 2.0 percent growth. Business investment is lagging with no expectation of a rapid change, and households have dialed back in what may be an enduring shift, he said.

Savings rates and household wealth are rising, debt payments as a percentage of income are falling and consumption growth remains modest.

"I do think we should entertain (the idea) that this is a substantial change in household behavior and that means a much less leveraged consumer than in the past," Posen said.

PRUDENCE IN BERLIN, CAUTION IN BANKS

In the power center of Europe, prudence also rules despite the European Central Bank's effort to goad more spending.

German public officials have for several years resisted calls to use their fiscal power, access to cheap credit, and large international trade surpluses to boost demand. German corporations are being stingy as well, increasing corporate savings by more than 15 percent since 2012, and trimming investment.

The ECB's 1.7 trillion euro program of quantitative easing has helped buoy the housing market, but has not led to a surge of consumer spending or business investment to levels that would increase growth and lower unemployment.

“It is hard to see where the growth in consumption should come from," said Carsten Brzeski, an economist with ING bank in Frankfurt, who said corporate and household behavior both reflected the dim outlook for economic growth.

"Deposits in the corporate sector have increased across the euro zone despite the low interest rates. They are keeping their money rather than investing.”

There could be an upside. If companies and households have stocked ample cash it would provide a buffer against any future downturn and potentially make the next recession less severe than it otherwise might have been.

To that extent, slower, more careful growth now may mean a more stable and less severe business cycle, just the sort of outcome envisioned in reforms efforts undertaken in the wake of the global financial crisis of 2007-2009.

The Geneva-based Bank for International Settlements, the central banks' central bank, has acknowledged that the array of new capital and leverage requirements imposed on the world's commercial banks in recent years would come at a cost.

For every extra percentage point of capital banks are forced to raise, for example, the BIS estimated that economic output would fall by 0.09 percentage points, with a similar drop associated with the imposition of limits on leverage.

But the benefits of a more stable financial system would be worth it in the long run by reducing the risk of even more costly crises, the BIS found, a conclusion shared by the Fed and other major central banks, and reflected in the stiffening of bank regulatory rules.

With those rules limiting economic growth, and companies and households also reluctant to spend, the issue under discussion in Washington is whether the post-crisis mood of caution has become a risk in itself.

In its annual report on global financial stability on Wednesday, IMF officials laid out what is needed for a "successful normalization" of world economic conditions.

They took the horses to a poison pool, which kept the horses blind to their fullness. Some of the horses drank until they burst. The names of the poison drinking horses were coal, gas and oil.
Anyone up for some Fukashima sushi?

If these reports are to be believed:
What in the World is Going on with Banks this Week? Emergency Meetings, Banker Summits, Crashing European Banks, and the Worst Bank Reports Since the Great Recession
Why Are Thousands Of Millionaires Fleeing Chicago And Other Major Cities Around The World? | GOVERNMENT SLAVES
There's something going on. Political officials move quickly on NOTHING unless their azzes are about to get burned.
Orthodox Jedi
Make mine a vodka and vicodin latte.

What happened to the alleged "credit crunch" where lenders had supposedly turned off the taps on borrowers?

When debt is money, economic growth is debt growth. Keynesian economics requires that we borrow our way into prosperity. The housing crisis of 2008 happened because we ran out of eligible borrowers (and ineligible borrowers).

They want us to play musical chairs again, but those who were lucky enough to get a chair last time are reluctant to leave their seat for another round.
For our struggle is not against flesh and blood, but
against the rulers,
against the authorities,
against the cosmic powers of this darkness,
against evil, spiritual forces in the heavens.
- Ephesians 6:12
Without prejudice. All rights reserved

<SLV> said:
When debt is money, economic growth is debt growth. Keynesian economics requires that we borrow our way into prosperity. The housing crisis of 2008 happened because we ran out of eligible borrowers (and ineligible borrowers).

They want us to play musical chairs again, but those who were lucky enough to get a chair last time are reluctant to leave their seat for another round.
Click to expand...
Really like the way you worded that.
The death penalty is 100% effective against repeat offenders.