WWIII PREPPING: US Developing ‘2nd Military Facility’ Near China In Case PLA ‘Knocks Out’ US Airbase At Guam: Reports US Developing ‘2nd Military Facility’ Near China In Case PLA ‘Knocks Out’ US Airbase At Guam: Reports

As tensions between China and the US continue to escalate, Pentagon is beefing up its infrastructure and logistics in the Pacific, which would serve as a launch pad for American attacks if a conflict erupted between the two in the Indo-Pacific region. To that end, the Pacific territory of Tinian...

War is always the height of a Fourth Turning.

The crazies controlling the pants-pooper are really excited about starting one, now.

This may be the Ensteinian war. We can't know what weapons will be used in the opening - Chemical, Bio, Nuke, EMP - but we know how it will be finished.

With sticks. Door to door. Block by block.
"Ireland shall be free!"

Seems like typical media fear mongering. I've seen it used to whip up the people many timed in the past!
I gotta get out of this place...
if it's the last thing I ever do!

Fort Hood in Texas, an order recently came down for a "rush" job on 49 military vehicles — specifically, that they be repainted from their current desert camouflage to a green color that's more suited to woodlands or temperate climates.

According to The San Antonio Express-News, "Gary Pasley, his partner, David Stidham, and a small team of soldiers had just 19 days to repaint 49 pieces of military equipment ranging from Humvees to medium tactical vehicles" earlier in June.

The GIs washed the vehicles and equipment so Pasley and Stidham could paint them a dull green, covering the familiar desert tan. That prompted Pasley, 44, an Iraq War veteran, to speculate that the Army’s priorities were shifting away from the Middle East and Afghanistan.

“I’m pretty sure that we’re downsizing from that region of the world and kind of focused on our efforts elsewhere, so I would say the vehicle (color) might be terrain appropriate,” Pasley said.

Just where the new focus might be, neither he nor the Army could say.

After 20 years of fighting wars in vehicles painted to match the desert, Fort Hood now has a relative handful of vehicles made over with a basic olive drab — the Army calls it “woodland green” — that can serve as the primer for a common camouflage pattern standardized for each vehicle type. 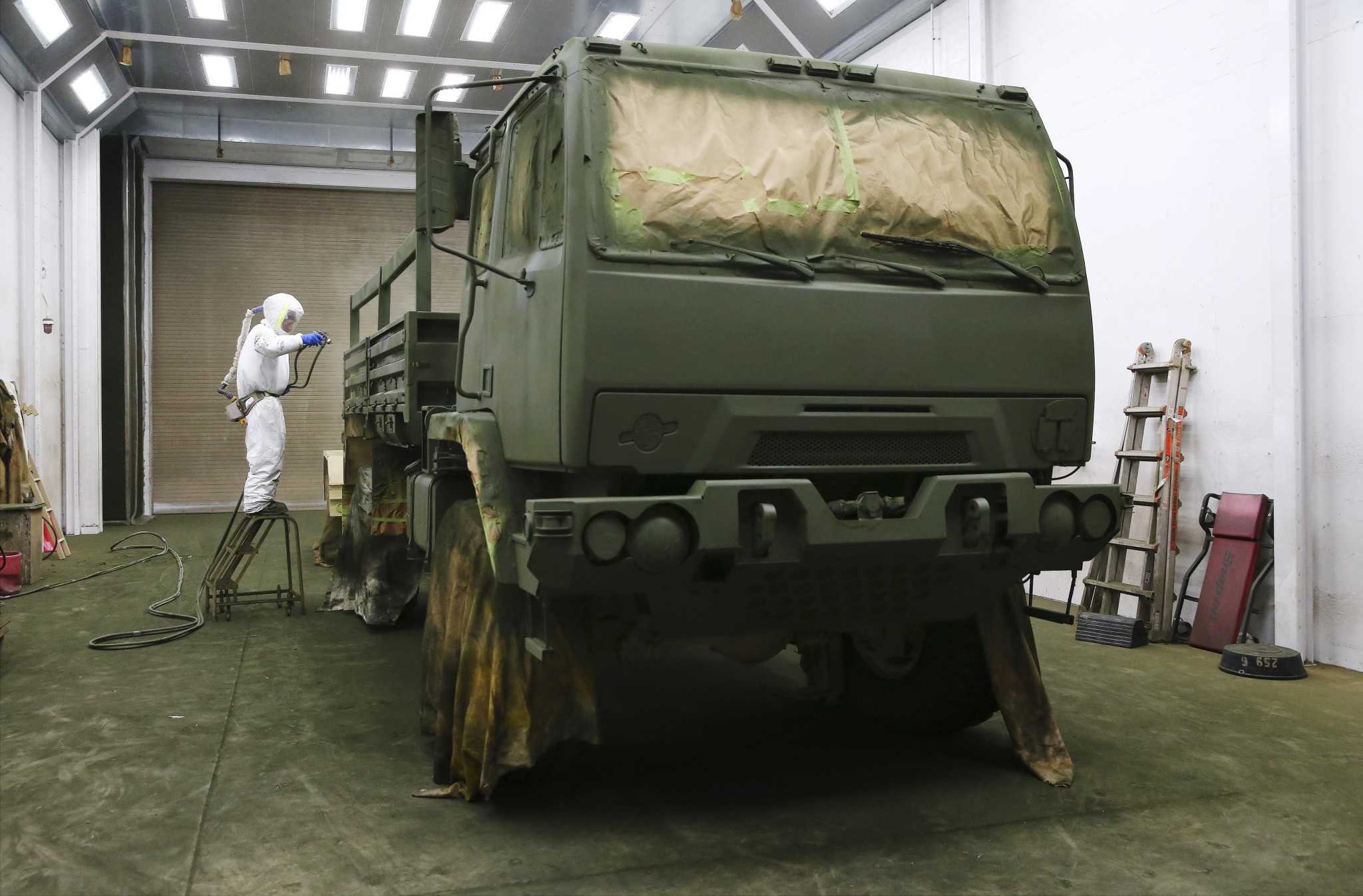 The last time the Army repainted its vehicles, the new color came with a shift in...

All this talk about Russia and China having hypersonic missiles. Going to be interesting to see if the hype is true when the shit gets real.
Who is John Galt?

This can only be paid for by debasing the currency. Imagine if they raised taxes for this.
Arm Leg Leg Arm Head

So I no longer need to repaint my M35A duece and a half to desert tan??

Saved me a bunch of time and money

I need to take her out for a spin, have not done that in a while

thx
A rattlesnake in the living room ends all discussion of animal rights.